THE BIGGEST ROCK BAND ON EARTH

Rockin 1000 is a group of rock musicians primarily from Italy and such other countries as Australia, Canada, Mexico, England, Belgium, Spain, Austria, Croatia, Bosnia, United States, Germany, Greece, France, Sweden, Turkey, Bulgaria, Russia, Poland, Belarus, and Georgia . As the name indicates, over a thousand musicians play and sing simultaneously at their concerts. The home of the organization is in Cesena, Italy, originally assembled in July 2015 as a “stunt” to get the Foo Fighters to visit their hometown, which occurred on 3/11/2015.

For real rocking souls, living the best stage experience of their life

Multiply your emotions and let the Silentsystem Wave overwhelming you

Silentsystem equipment, the unique tools to always keep the click

The Biggest Rock Band on Earth

An idea that takes shape, an ambitious goal, a steep road. Four miracles to be performed: find one thousand musicians, get them to play simultaneously for the biggest Rock show ever 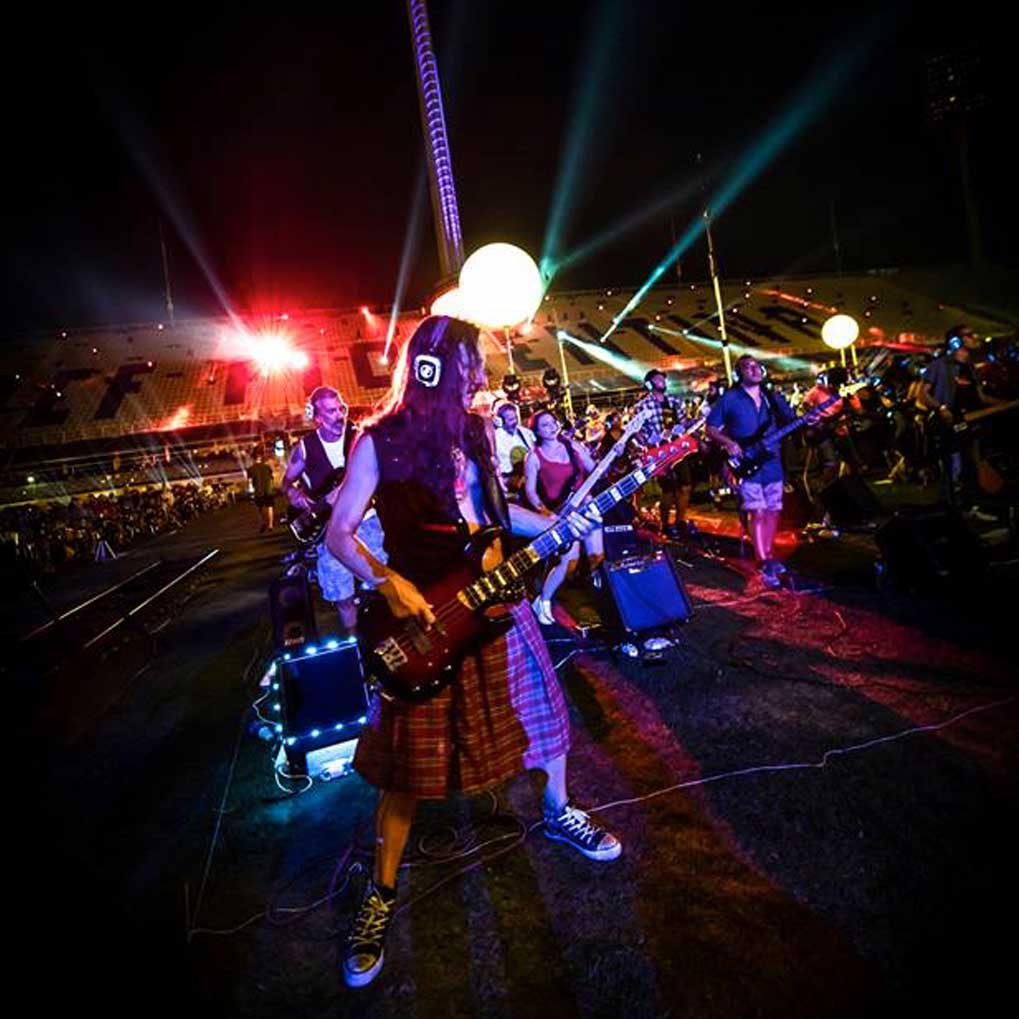 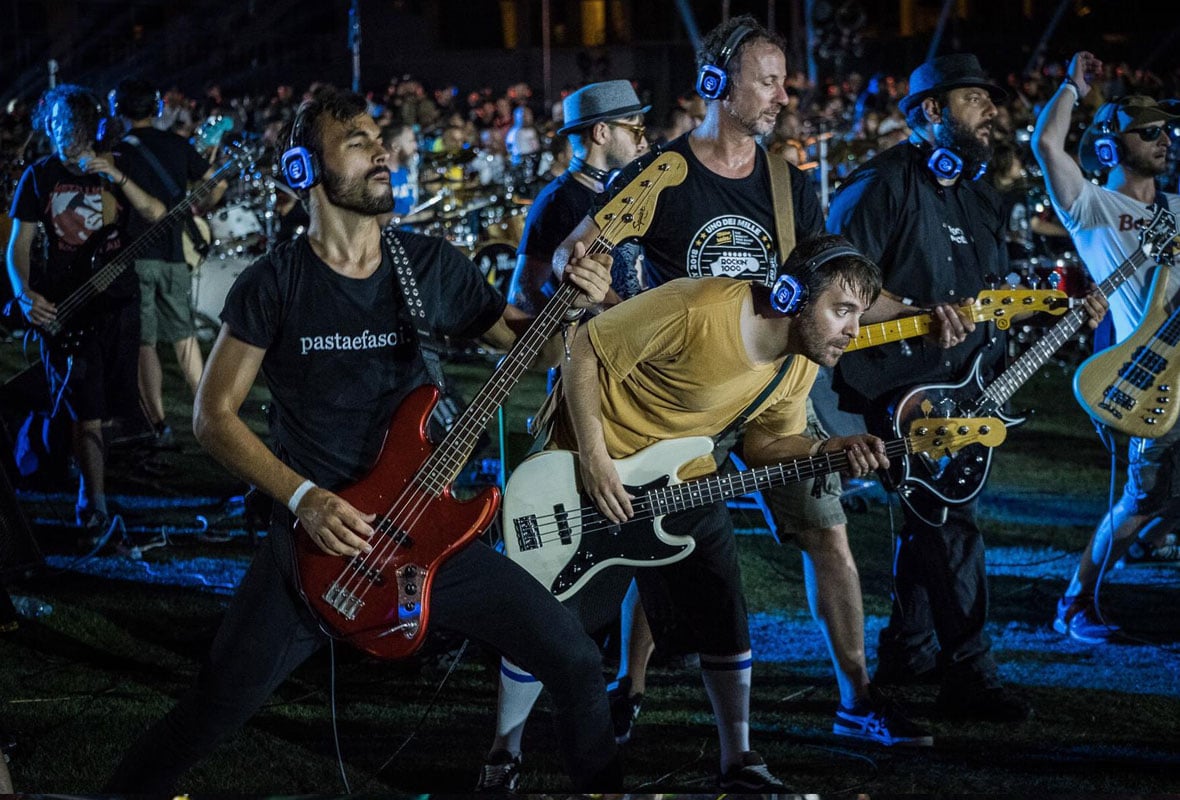 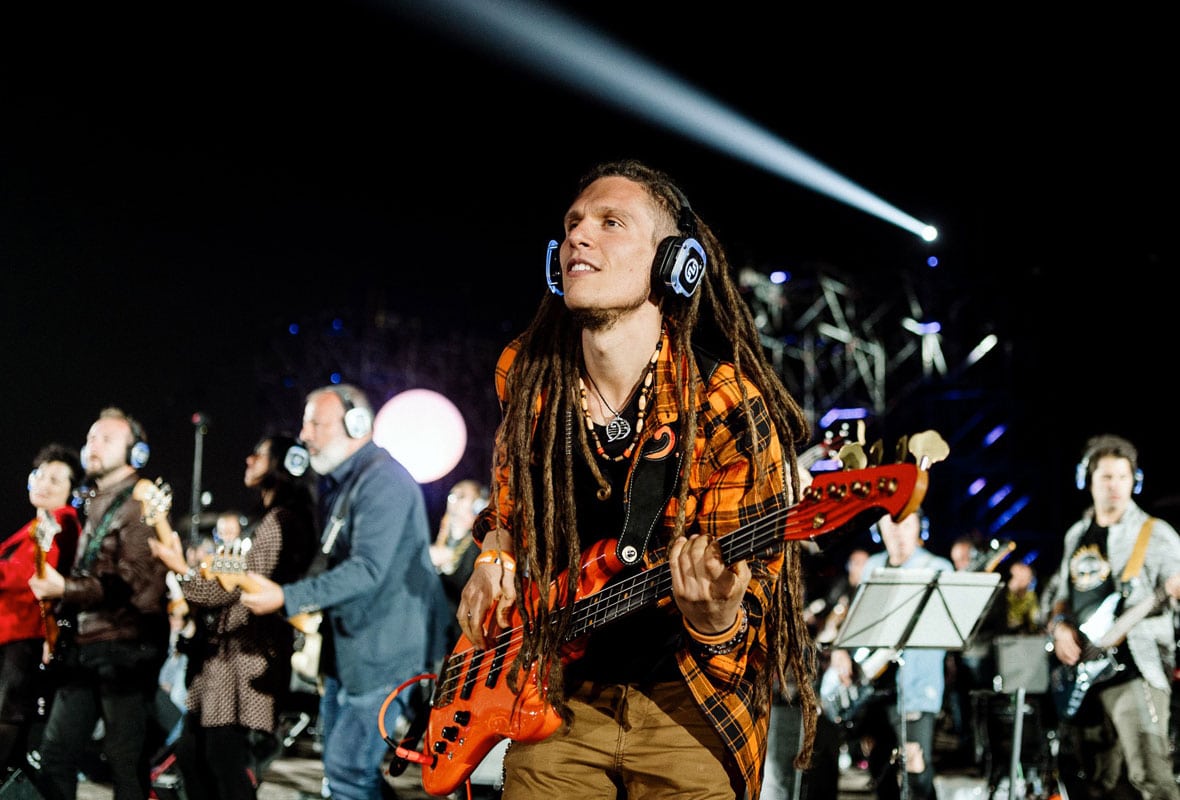 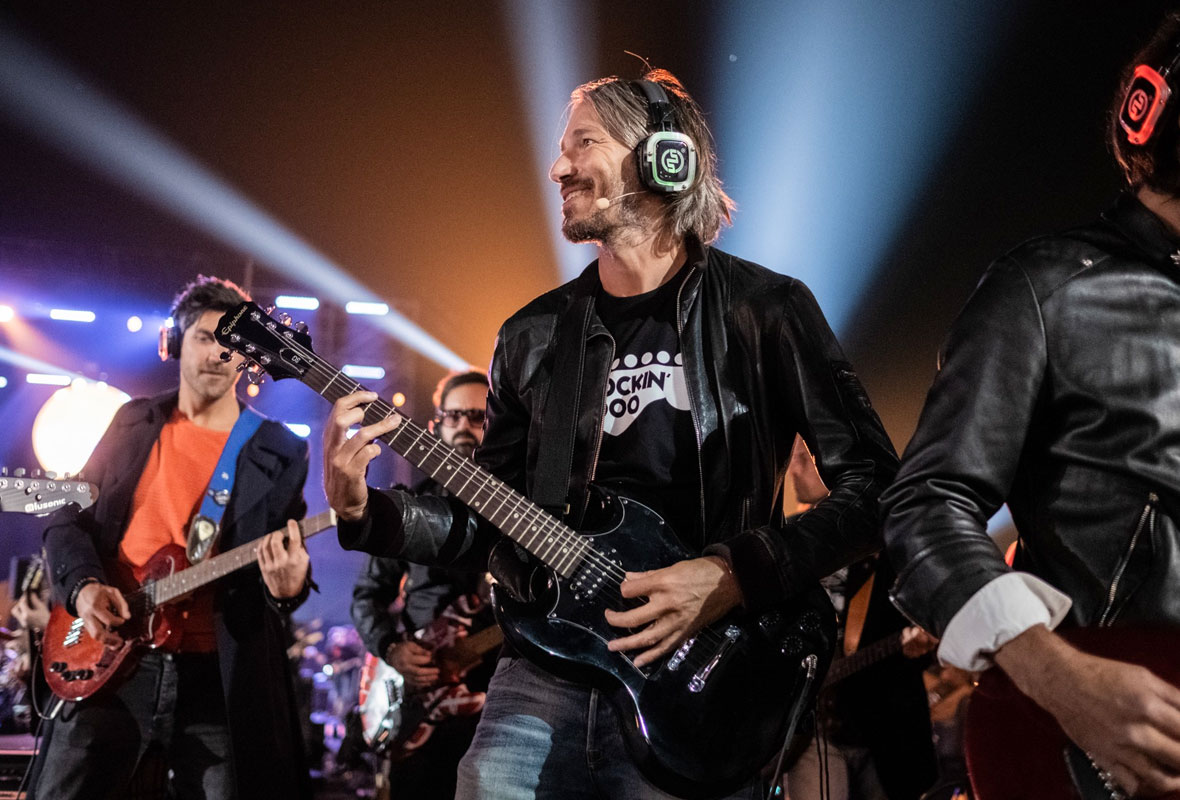 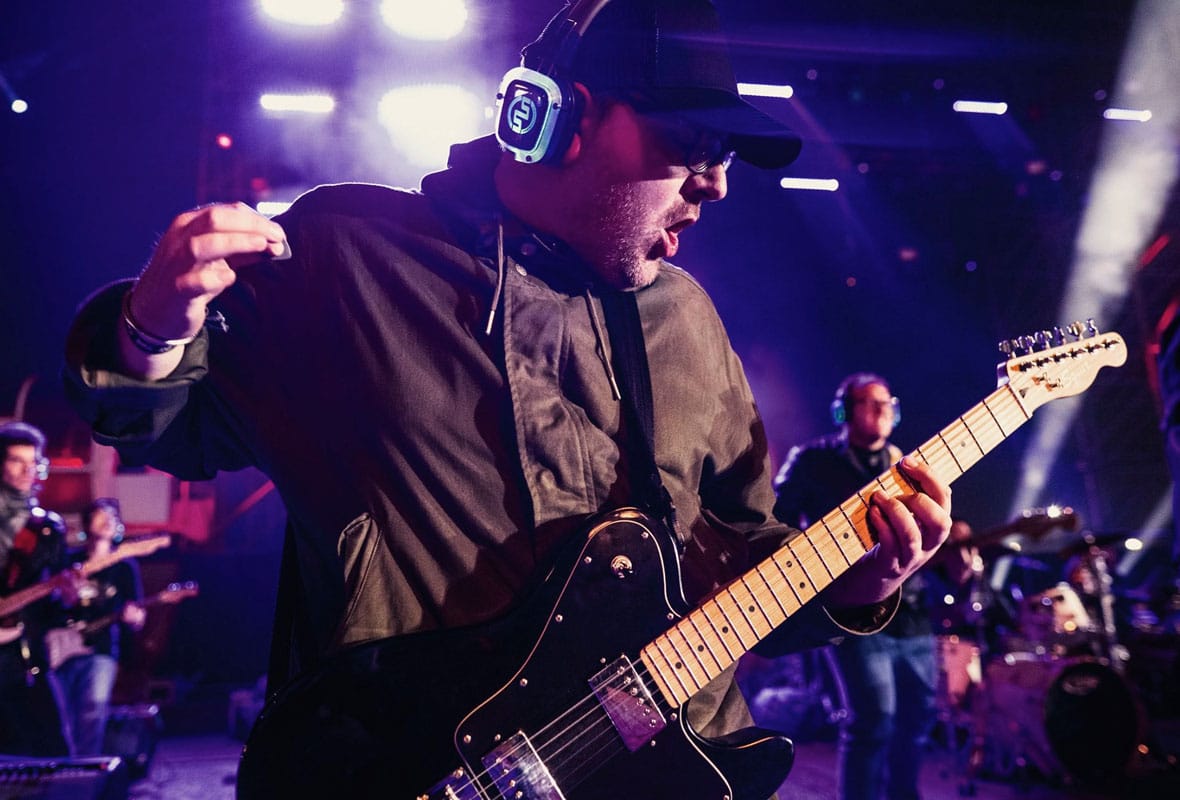 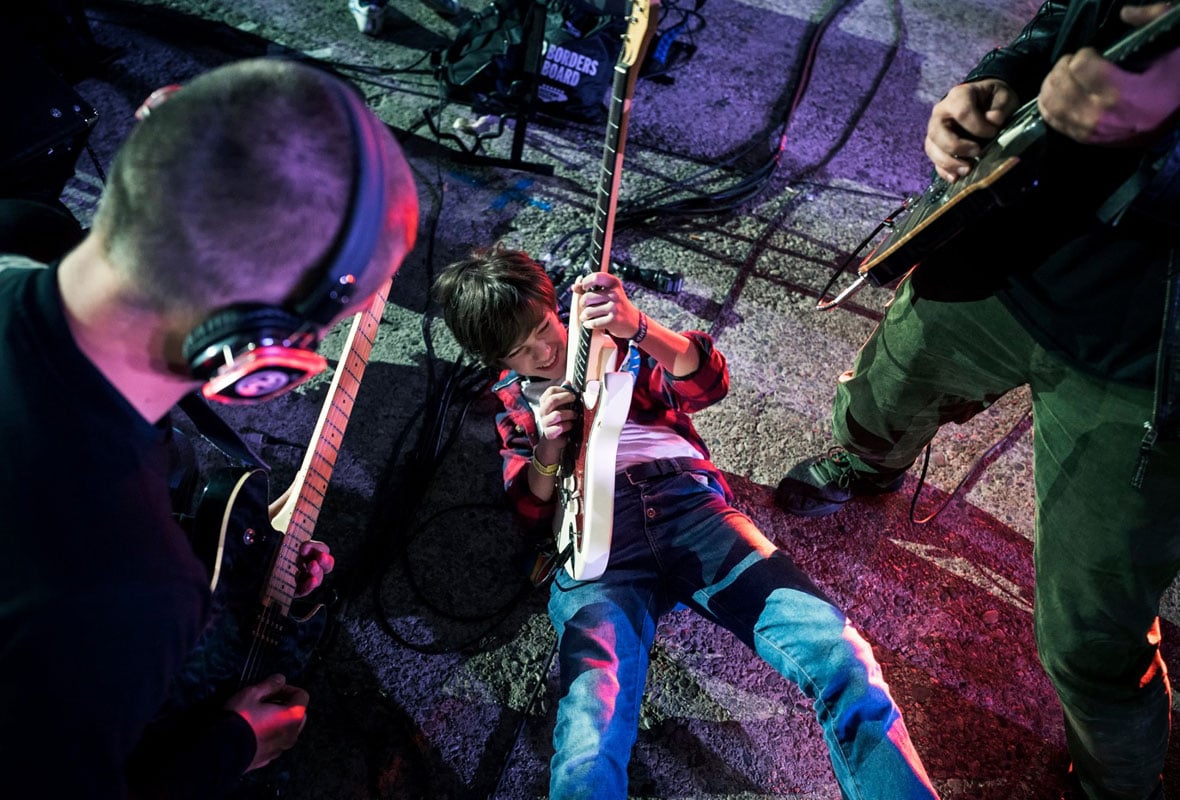 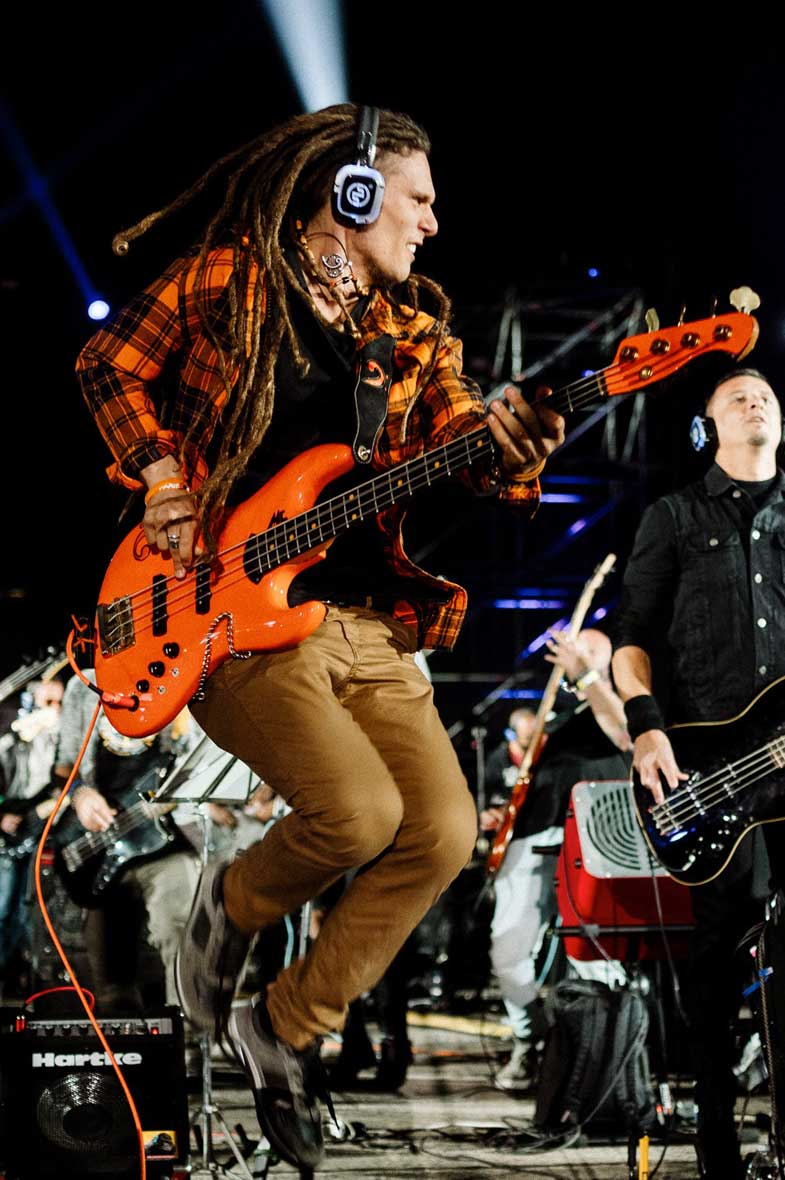